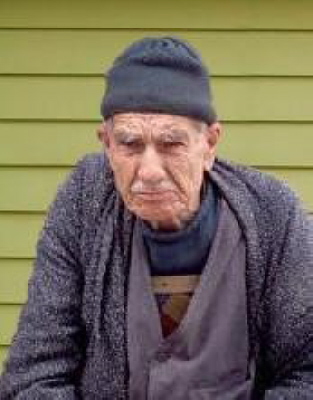 Technology is Infringing on Classical Music
I’m sharing an article from the LA TImes by Mark Swed, the Times’ music critic. The article came to me via Facebook, posted by Houston’s own KUHF. There is only a small bit of irony in a classical music radio station using a social media tool to link to an article that blasts classical music’s use of social media. Swed’s article makes a couple of pretty good points, sandwiched between a bunch of ridiculous ones. The best paragraphs are the first five, which serve as some sort of introduction to a tirade on how classical music is not pop music, despite all of the really cool hybridization that has occurred over the last few decades. Swed is apparently really irked by the fact that, without naming which ones, symphony orchestras are now inviting patrons to bring their smartphones and iPads to concerts. He seems to think that iPhones are going to turn your average orchestral performance into a Lady Gaga show. I’m not going to summarize the article, as I will let you, my super awesome readers, read the piece for yourselves. I will, however, pull from the article my favorite moments, and then give my take on them.

1.) “People who care about music are the ones who are truly engaged, and they are going to take the trouble to respond. Tweeters have already moved on.”

The article is full of “zingers” like this one. I just joined Twitter this week (follow me! @georgeheathco). I find Swed’s condescension towards the tweeting public to be rather insulting, as 90% of the people I am following are folks who have musical opinions and careers that I respect. It is precisely because these people are engaged in their art forms that I am considering their Twitter company. I have been to several performances over the past year that have used smartphone apps as a means to provide concert goers with extra bits of information about the performance and musicians. In these instances, the smartphone apps were a means of saving money and paper normally used for printing programs. I have even considered using Twitter as a means to communicate musical form, in real time, during performances. Trust me when I say that there is no real line between the “engaged” and the tweeters. And for those who are going engage themselves at a concert, no amount of social networking  is going to cause them to detract their attention. In my opinion, I would rather a concert goer follow along with the music using an iPhone than nodding off and napping during the show. At least the smartphone user has the option to pay attention, as it is hard to do so when you are not conscious.

2.) “Technological fascism is not, I think, too strong a term for it.”

Yes, Mark, technological fascism is too strong a term for it. The last time I checked, no major orchestra is requiring a smartphone or iPad to gain admittance. Judging by the last symphony concert I attended, I would be surprised if 3/4 of the audience even knew of such new-fangled devices (ageist and condescending, I know. Sorry, cheap jab.) The use of technology by orchestras and other performing arts organizations are merely options given to the public to listen to the music and enjoy it however they please, not mandates as Swed suggests. I agree that concertgoers should try to better engage in what is happening on stage, but to say that the only real way for them to do so is to sit quietly with hands in lap for two hours is a bit over the top. There is no better way to alienate an audience than to tell them how they need to experience your art. Relax, Mark, you can take off the tin foil hat. As I hinted at above, there are a good number of people who attend concerts of some of the world’s finest musicians playing some of the world’s finest music only to doze off immediately after the initial downbeat. Try telling this patron that he has to sit there for an hour and half, in a dimly lit room, with his hands in his lap. Now tell him that he was just exercising the freedom to listen to the music as he chooses. Phrasing it like I just have sounds a lot like Orwellian Newspeak, but it is what Mark Swed wants you to do. Technology just gives that sleepy audience member an extra method for engaging with what is on stage. Nobody is calling for a homogenous method of listening, except for maybe Swed.

3.) “The important point is that a classical concert provides an opportunity to untie the digital umbilical cord and replace it with chords that really do resonate.”

I’m pretty sure that Mark Swed wrote the entire article just to get to this gem. I won’t argue that classical concerts provide an opportunity to connect with great art or even one’s self. I will argue that connectivity with the digital world automatically slams the door to introspective discovery. I won’t say that iPhone actually enhance a classical performance, but I can’t rule out that they have the potential to do so.

4.) “Was [The Beatles’ “Revolution 9,” from the White Album] the result of the Beatles being called in to a meeting with a marketing director telling them they must find a way to build a new audience among listeners of avant-garde music?”

This question is beyond pointless in this entire discussion. The Beatles didn’t have a marketing director to tell them that “Revolution 9” was a good idea, because they had powerful psychedelics to do that for them. The Beatles had something else that the world’s great orchestras don’t have: staggering record sales figures. When the White Album dropped, nobody questioned The Beatles as force to be reckoned with. I don’t think a week goes by where I don’t read about classical music’s relevance or that another orchestra in the world has folded. Besides, most bands in the mainstream do have marketing directors, only they are called a&r divisions.

5.) “Already iTunes has forced classical music into a pop straitjacket, whether by an infrastructure that recognizes music as consisting only of songs, or through its severely constricted audio.”

I’ll go backwards on this. Are mp3’s and m4a’s really worse than cassette tapes after 5 listens? This idea that iTunes offers shitty audio quality is bogus. If you aren’t an audiophile, the difference between CD or HD quality and a 256 kpbs mp3 is virtually impossible to detect, unless your stereo system in worth $5,000. If that quality really annoys anyone, there is a great option: DON’T USE ITUNES. Simple. CD’s are still being manufactured and they are sold in lots of places, including most artist websites, where the artist is benefited from a direct purchase. As for iTunes forcing classical music into a pop straitjacket due to the pricing and pay structure, all I have to say is that Mark’s gripe is not with the technology here, rather the company’s policies. As a consumer, I enjoy paying the same price for 60 minutes of classical music as 3 minutes of pop, but as an artist I can relate to the grief of having my art devalued due to an unfair policy. I would prefer that iTunes charge by a project’s length of time. If a piece of music is between 0 and 4 minutes, then charge $.99; it the piece is 5-8 minutes, charge $1.29, and so on. Of course, it is possible that folks would still complain that this type of proposal would see classical music sales decline due to the cost of individual tracks. Oh well, I guess you can’t win for trying. Did Mark Swed complain about CD sales? Is an hour of Beethoven really worth the same amount as an hour of Greenday?

6.) “The latest villain on the scene is Spotify…”

Mark Swed sounds like someone’s crotchety old grandfather, wagging his finger at the youth of today for not engaging in things the way he did for so many years. Along with Twitter, I also joined spotify this week. I’ve listened to no less than 20 new composers and artists in that short span of time. I now have some new favorites and will be a fan for many of these artists, which will ultimately give them more revenue when I attend their performances, buy their music, program their music on concerts, and purchase their merchandise. Swed quotes Brian Brandt of Mode Records as complaining about how Spotify is looking to drive small labels and artists out of business for not being able to compete with “pop bestsellers” on a 1/3 $.01 per stream pay scale. This complaint is legitimate, but it overlooks the type of exposure I just mentioned. Is the purpose of a classical record to keep someone in their homes glued to their stereos or to encourage a consumer to go out and experience that masterpiece firsthand, live?

7.) “Sorry, folks, but Mozart won’t make you smarter unless you switch off your smartphone.”

ZING! I retract my previous statement. This seems to be the quote Mark Swed had in mind as the knock-out punch for the article.

View all posts by georgeheathco