I guess I’m just going to have to admit to myself that updating my blog and website in a timely manner is just not quite something that I have become incredibly accustomed to in the nearly two years since this site has been up. Admittedly, I generally don’t remember to post my own updates until the event in question is merely hours away, or it is after the fact. What I find interesting about this is that I tend to straddle two conflicting sides. On one side, I am very embarrassed to talk about myself publicly, for fear of sounding like a braggart, and I never know which aspects of my life are compelling enough to share. On the other side, I feel like I have no shame in sharing the most trivial and inane detail of my every waking moment with complete strangers. Apparently, there is a level of embarrassment that I have become addicted to that makes the clear line of “too much information” blurry to the point of being nearly invisible. It would stand to reason that I would want to make a new blog post about once every couple of weeks or so. Not the case. Unfortunately for this site, I also have a Twitter and Facebook account, which both receive a fair amount of updating. The good news with those sites is that they deflect most of my TMI and garbage posts (Facebook, especially).

My last real update was in October. In the time that has passed, I have written: a trio for violin, clarinet, and piano; a one-movement sonata for trumpet and piano; string arrangements for an upcoming EP release for a good friend of mine; written nearly 40 minutes of music for a modern dance collaboration; and have had eight performances of four works! Performances have included the following:

I got a great performance AND recording of Shifting Landscape, which you can hear here. It should also be mentioned that I have contributed a few music reviews to a site called I Care if You Listen. I’ve been unbelievably blessed with good luck, in terms of getting my music written and out there. Let’s hope I keep up the momentum.  These past several months have been a real eye opener for me regarding professional work habits. 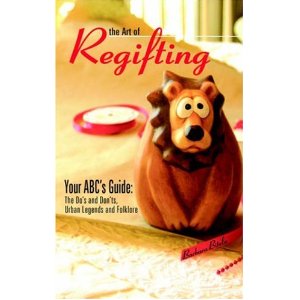 It has been mentioned that there is a particular dance collaboration that I am involved in. I am incredibly proud to inform everyone that I am in the process of composing music for an evening length dance work titled ReGifting Lions, which will premiere in late October here in Houston. What is most fortunate about this collaboration is the opportunity to work with a group of extremely talented artists and choreographers: Toni Leago Valle, Catalina Molnari, and Lynn Lane. This project is a deeply personal take on the struggles of  survival of various kinds: cancer, addiction, and social expectations. Originally, the performance was going to include live musicians performing the score, which was going to be a debut for the mystery ensemble I’ve been talking about for years. Unfortunately, there was a major set back in the budget arena, and the band had to be cut. This’ll give a new and interesting challenge for sure, such as writing and recording on a shoestring budget! I’m sure that more will be said about this as the date draws near.

While on the topic of the mystery band, I am also pleased to announce that percussionist Luke Hubley and I are teaming up over the Summer to finally kick off this years-long plan to start a new music ensemble. Our first major endeavor will be a John Cage birthday celebration, commemorating Cage’s 100th birthday. Please stay tuned for more future information regarding the Cage concert, the ensemble, ReGifting Lions, and some of the other future events that are in store but lack sufficient details to divulge at this present moment in time.

View all posts by georgeheathco